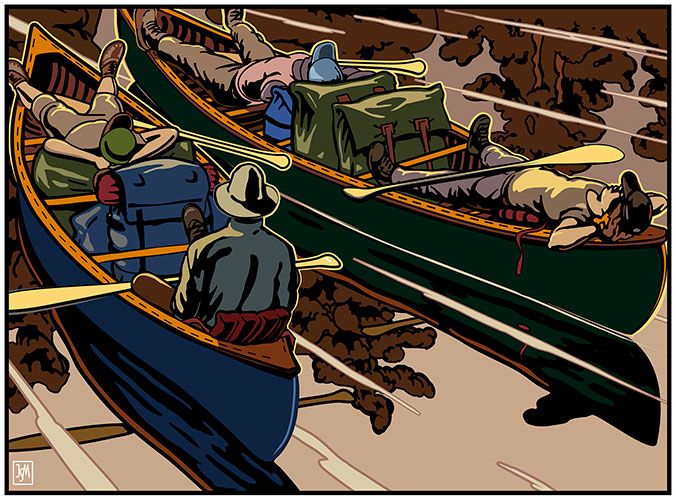 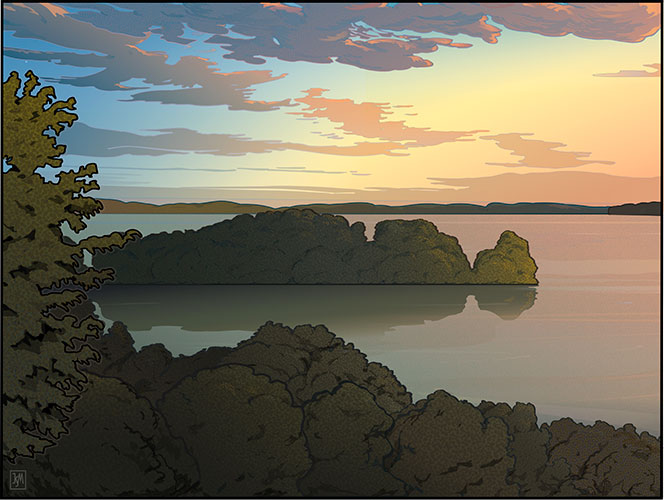 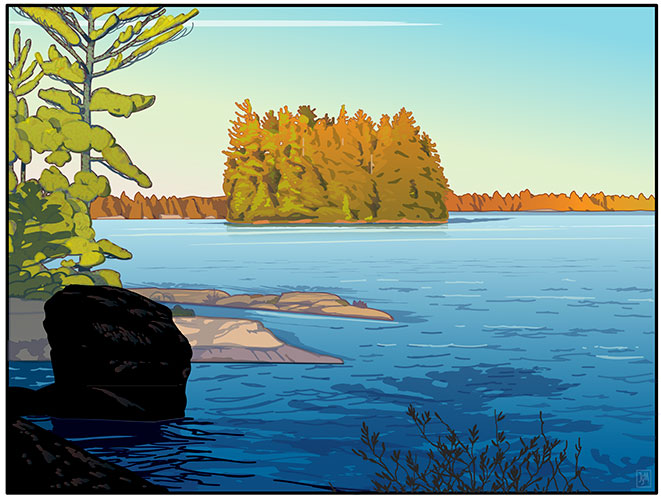 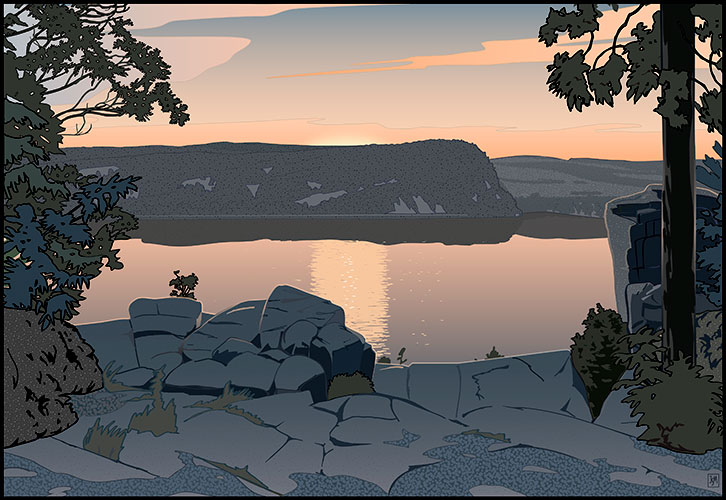 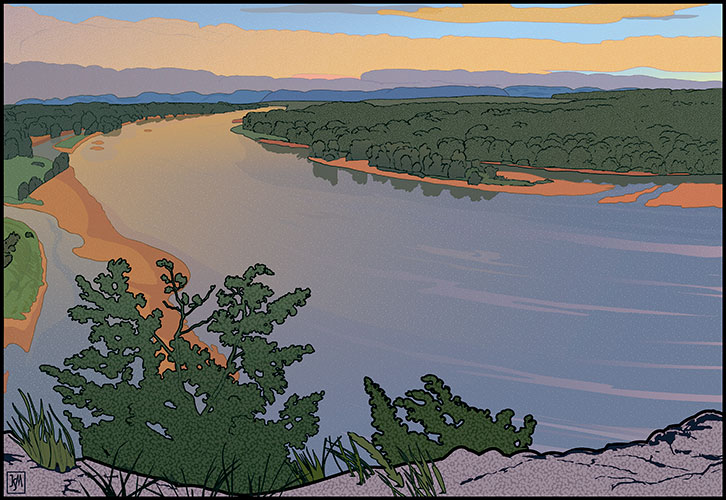 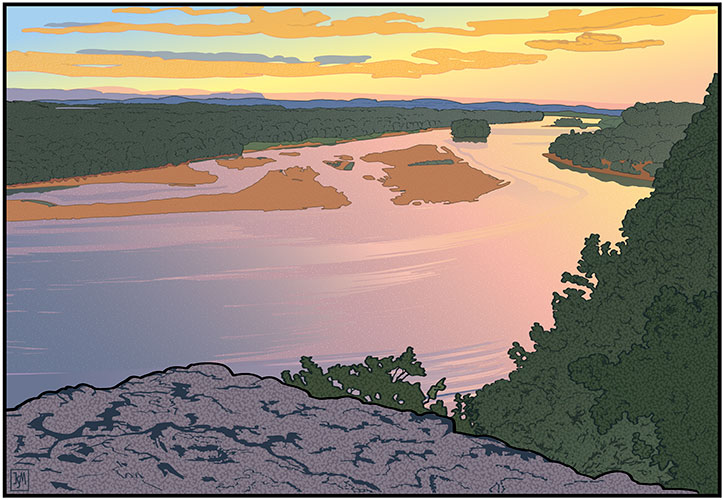 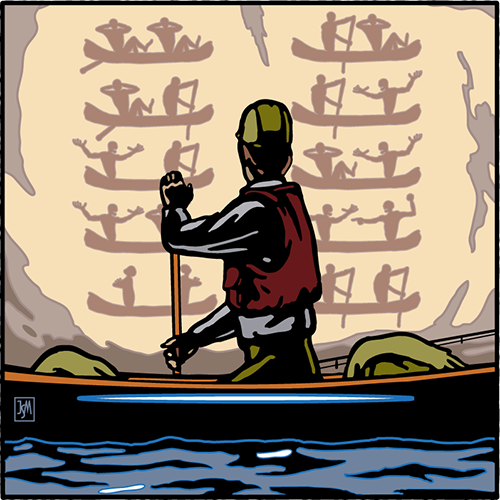 In the late 90's I became interested in the idea of making fine art prints using inkjet printers. At the time many museums and artists were abhorred by the computer and computer controlled printer as though this represented a loss of purity in art making. It has always been the case when new technologies are introduced into the art world, a world steeped in tradition, that the new technology is viewed with some suspicion. Lithographs were considered suspect at one time but some of the finest of fine art prints were made by artist's experimenting with the tool.

A major opposition to computer prints is that an image made and completed in one medium could be manufactured as an edition using the computer. So I made myself the rule that I wouldn't reproduce anything made in whole cloth in a different medium. This first series of prints represents images created using computer vector graphics meaning that all forms were created within the computer. This then meets my standard of purity. These images are not prints of paintings or drawings scanned into the computer. They are not reproductions. They are simply prints, not prints of something else.

The second concern relates to a more traditional standard and that is that a fine art print should have a limited number of impressions. Individual printers are honor bound to meet this standard however, so this standard has always been independent of technology. Therefore, this idea is a non-issue as related to computers.

As with most all of my fine art I use subjects that please me but often focus on ideas that are wide ranging. The apparent subject of an image, the visual subject, isn't always what a picture is about. Visual art, like poetry, can appear to say one thing while actually addressing another. It isn't so much what we see, but what we think and feel about what we see that makes art. Believing this, it is then possible to address profound ideas using one's back yard as the vehicle for self expression or the exploration of the many things we think about.

In many of these prints, my focus is on creating imagery that includes the human figure but avoids establishing the figure as the sole subject or even most significant visual element. I wanted the images to be about the entire picture space. When a figure is included in an image, the figure often becomes the focus, the story. There is a visual gravity to the human figure that tends to dominate an image and I wanted to fight this. I wanted space and composition and color to be every bit as important as are the human figures within these images. This is a tough challenge and I've used several different tricks to try to ensure this.

Gray Jay Graphics is a name I use to help you find me in the crowd but I really do business as John Miller. My personal name is pretty commonplace so I can be hard to find without another way to identify me. I work in many different styles and with many different mediums creating fine art as well as graphic designs explaining ideas. All content © John Miller unless otherwise noted.